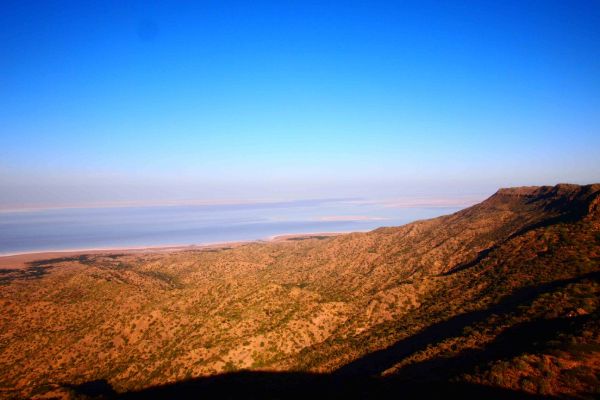 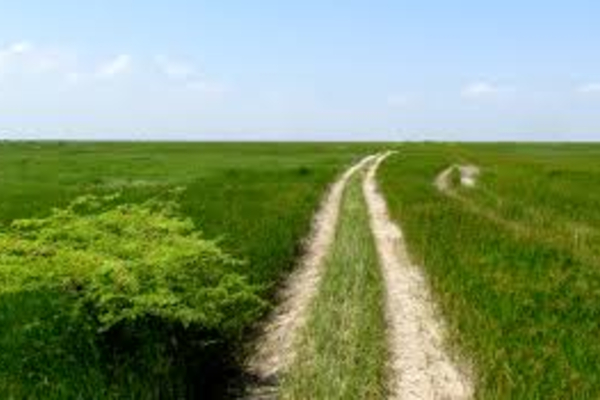 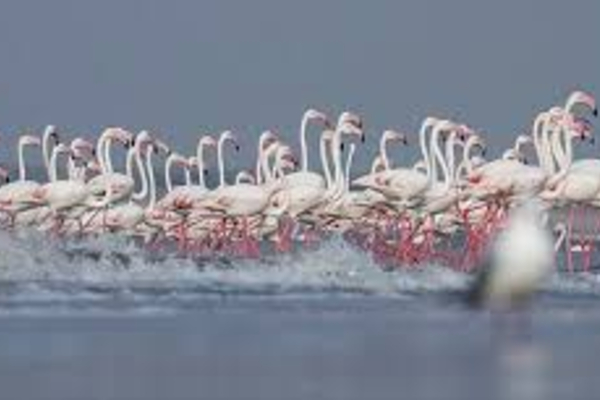 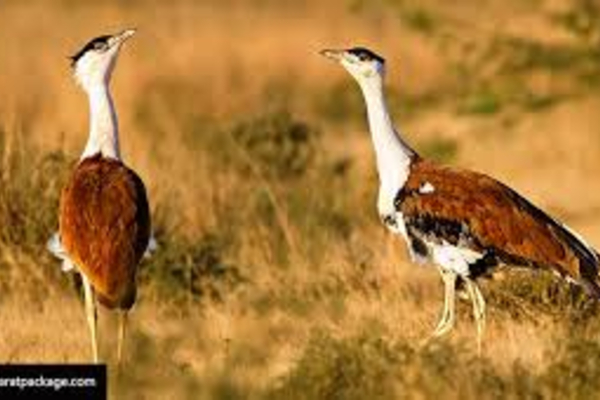 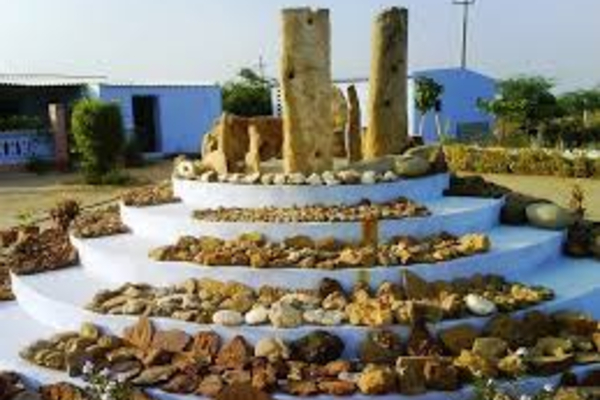 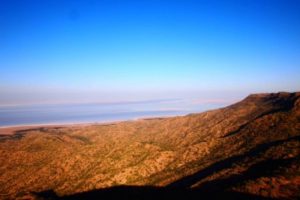 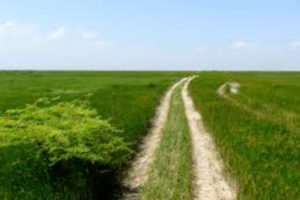 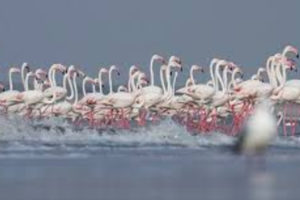 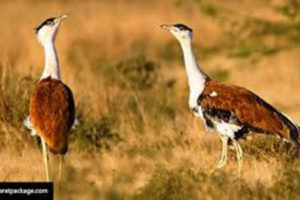 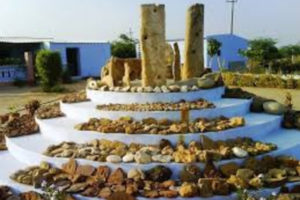 It is tallest hillock in Kutchh and has a shrine of Dattatreya widely known as Pacchamai Pir. A fair is held in the month of Sravan every year. The lord of Western Kutch & the Guardian of Western Border is known as “Shree Guru Dattatreya”. Dutt shikhar is having the height of 1460 feet from sea level. The hills are well known in locals as Kala Dungar or Black Hill. The top of the Black Hills is the highest point in Kutch, at 462 m. From here, the entire northern horizon vanishes into the Great Rann, the desert and sky often becoming indistinguishable. Looking out from the Black Hills, you can understand the tremendous effort that those who undertake the crossing of the Great Rann have to make. Since this is one of the places where a civilian can get closest to the Pakistan border, there is an Army post at the top; beyond here, only military personnel are allowed. The hill is also the site of a 400-year-old temple to Dattatreya, the three-headed incarnation of Lord Brahma, Lord Vishnu and Lord Shiva in the same body.

Legend says that when Dattatreya walked on the earth, he stopped at the Black Hills and found a band of starving jackals. Being a god, he offered them his body to eat and as they ate, his body continually regenerated itself. Because of this, for the last four centuries, the priest at the temple has prepared a batch of prasad that is fed to the jackals after the evening aarti.

Reaching the hilltop by public transport is difficult; Hiring a jeep from Khavda or Bhuj is your other option. Visiting in the early morning or late afternoon is recommended, though with a few more hours there are nice hikes to do around the hill. Be sure to take your own food and water and if you want to stay the night, there is a dharamshala next to the temple. Tourists who stayed at Rann Utsav can visit this place as part of their Rann Utsav package.

Fossil Park is 60 Km from Bhuj. Mohansinh Sodha visionary man has faced lots of trouble in his life come up as hero and devoted his full life in collection of fossils which found in the land of Kutch district of India. We may conclude him as legendary personality living on goddess Earth. This collection of fossils we may count it as wealth of nation as well as for Geology too. Let’s have his view on fossils and Kachchh Fossil park in his words.

Since long in the nineteenth century, Kutch attracted British officers by its varied landscape, ethnic variation, wealth and unique rocks of the barren hills. It was after the great triangulation survey by British administration in Kutch that they realized that unique fossil contents in the rocks of Kutch. They appointed several surveyors and researchers who did arduous field work and extensive study on the rocks, minerals and fossils of Kutch. A similar study was taken over by many Indian experts who were trainde in this subject. After identification of number of Jurassic, Cretaceous and Tertiary fossils of Kutch, the region became famous all over India and the entire world especially in various Geology Department. Kutch was then accredited as famous fossil site in the world being a small geological basin, where numerous species of invertebrates and vertebrates fossils are found in a limited geographical area.

The Chari-Dhand wetland conservation reserve is located on the edge of arid Banni grasslands and the marshy salt flats of the Rann of Kutch in Kutch District, Gujarat State in India. It is currently legally protected under the status as a Protected or Reserve Forest in India. Chari means salt affected and Dhand means shallow wetland, Dhand is a Sindhi word for a shallow saucer shaped depression. This is a seasonal desert wetland and only gets swampy during a good monsoon, receiving water from the north flowing rivers as well as from the huge catchment areas of many surrounding big hills. It is spread over an area of 80 kms. It is in Nakhtrana Taluka, 80 km south west to the city of Bhuj, about 7 or 8 km from Fulary village and 30 km from Nakhtrana town. It is home to nearly two lakh birds with migratory and endangered species of birds flocking into the area in thousands during monsoon and winters. This wetland is home to thousands of migratory waterfowl. During a good monsoon year Chhari-Dhand (Dhand, a shallow lake) gets inundated with rain water that lasts through-out the year and is a paradise for amateur bird watchers, wetland and wildlife expers. It provides habitat for 55 species with the abundance of around 50,000 birds. Many of these fall under the rare and threatened categories. Many raptor species, Greater flamingo , Great white pelican, Common pochards and Common coot are some of the bird species commonly found here. The Indian wolf, Jungle cat, Chinkara, Caracal are the threatened mammalian fauna that depend on this wetland.

The Banni grassland of Gujarat is the largest natural grassland in the Indian subcontinent, and an area that is both socio-culturally unique and ecologically valuable. The Banni has a long history of migratory pastoralism going back at least 500 years, and linking with a broader geographical landscape that included Sindh in Pakistan and even extended into parts of Baluchistan and Afghanistan. This physical link was truncated at the time of partition, with pastoral communities settling on either side of the India-Pakistan border.

Many factors have served to shape the Banni over time, including the damming of rivers that formerly drained the area of salt ingress from the neighbouring sea, the spread of Prosopis juliflora, a fast growing exotic that was planted in the hope it would keep  salinity  at bay, and the continually varying composition and density of livestock that have grazed these grasslands for many centuries.

Overlain on these bio-physical processes are a range of social factors that shape the terms of pastoralist access to and use of the Banni. Among these are the twenty two ethnic communities that comprise the “maldhari” pastoralists whose livestock have grazed this landscape and whose institutions have determined the terms on which different communities have accessed different parts of the Banni. There is also continuing ambiguity with regard to the tenurial regime that regulates access to and use of the Banni, with the Forest Department, the Revenue Department and the Pastoralist Association claiming rights to and control over the Banni. There are therefore a set of competing visions for the use of this vast grassland, including as a grassland to be conserved for its unique biodiversity, as an ecosystem that has sustained, and should continue to sustain, an extensive wide-ranging animal husbandry; and as an area that produces charcoal in support of power-plants being set up on the edge of the Banni.

RAMBLE was established to study the social and ecological transformations in the Banni and help answer some of the difficult questions around land use and management. RAMBLE is an open researcher platform where scholars can undertake disciplinary and inter-disciplinary research on various aspects of the Banni grassland ecosystem, its pastoral communities and their interaction with the Banni grassland. Research is expected to help nuance our understanding of the ecological, institutional and socio-economic drivers that have helped shape this ecosystem. Ultimately, such understanding is expected to feed into ongoing policy dialogue with regard to the future management and use of the Banni.

Patcham Island shows physical features similar to the Kachchh Mainland and consists of two east to west running hill ranges, namely, Kaladongar (Black hills) range and Goradongar (White hills) range separated by central valley. The Kaladongar range runs along the northern margin of the island with an escarpment facing to the north and high plateau sloping gently to the south into the Central valley. Two small hills, Dingy hill and Flamingo hill, occur to the north of the escarpment near the Rann. The Goradongar range runs along the southern margin of the island throughout its length with an escarpment facing the central valley to the north and a slope to the south into the Banni plain. A rocky terrain with small hills form the islet of Kuar bet in the north-west and Mori bet covered by sand dunes, in the north-west of Patcham Island.

Kutch Bustard Sanctuary or Kachchh Great Indian Bustard Sanctuary, also known as Lala–Parjan Sanctuary, is located near Jakhau village in Nalia Taluka, Kutch District, Gujarat, India. This sanctuary is one of the two great Indian bustard sanctuaries in Gujarat; the other one is in Jamnagar. It was declared as a sanctuary in July 1992, specifically for the conservation of the great Indian bustard, the heaviest flying bird belonging to the avian family of Otididae. However, the sanctuary presently legally covers a protected area of about 2 square kilometres (0.77 sq mi) of area (202.86 hectares (501.3 acres) of fenced land only and is the smallest sanctuary in the country. Several suggestions have been made to vastly increase the size of this sanctuary as it is a breeding ground of the endangered great Indian bustard. The reason is that its ecological zone is much larger on account of anthropogenic and cattle population pressure that are considered as a ‘biotic threat’ to this omnivorous species.

Extensive grasslands of Kutch, spreading across the horizon enlivened with avifaunal and mammalian life is an ideal place for any vacationer to get spellbound by the rustic exquisiteness of nature. The Kutch Bustard Sanctuary set amidst this natural haven stretches over an area of 2 square kilometers in the Abdusa Taluka near Nalia in Kutch. The woodlands covering the Jhakau and Budia villages extend to this magnificent sanctuary which is the sole home of Great Indian Bustard bird and various other life forms. The area was declared an indigenous home to Great Indian Bustard and a sanctuary in the year 1992.

Great Indian Bustard is a large ground dwelling bird with long neck and ostrich like elongated legs. This endangered species with its neutral colored coat blends with the semi-arid grassland, and provides a visual surprise to the visitors. Lesser Florican Bustards breed here while the flamboyant Macqueen’s Bustard is a winter visitor of this region. The sanctuary is considered a unique dwelling for these birds which are almost becoming extinct in other regions of the country. Other rare species of animals and birds are fellow habitants who make this sanctuary a treat for nature connoisseurs.  Chinkaras, jungle cats, Nilgai and many other mammals inhabit this area, along with the Indian wolf which proliferates in this untamed retreat.

The Great Indian bustard, locally called as ‘Ghorad’ lives in the open. The bird breeds during the rains and it is also the best time to visit the sanctuary.

The sanctuary is also home to several other species of birds including harriers, common cranes, black partridges, sand grouses, black and grey francolin and many others. One also gets to see wild animals like wolf, desert cat, blue bull, striped hyena, etc. Tourist can also spot flamingos, herons, egrets in the coastal areas of Jakhau during winters. If you are wildlife lover this place should be your part of wildlife tour of Gujarat or Birding Tour of Gujarat.